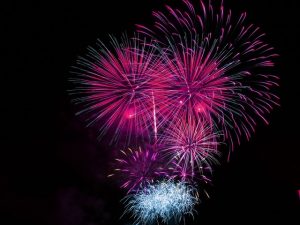 For many people, reducing stress is their #1 New Year’s Resolution.  But, did you know that reading for at least 6 minutes a day can reduce your stress by 68%? As we wind down 2019, and look toward new adventures for 2020, let me tell you about a couple of books we have added to the Law Library’s collection for your enjoyment and education.

To begin, we have the 2019 book, Why To Kill a Mockingbird Matters, by Tom Santopietro.  Mr. Santopietro subtitled his book, What Harper Lee’s Book and the Iconic American Film Mean to Us Today.

Published in 1960, doubtless there are people who wonder why To Kill a Mockingbird?  And, yet, there is something about Mockingbird that sticks.  The Oscar winning film of 1962 continues to top the ABA’s list of best legal films, and the Pulitzer winning book, tops—well, almost every list imaginable.

Not only does Mockingbird top the ABA’s list of The Greatest Law Novels Ever, in 2018, American readers voted To Kill a Mockingbird as their all time favorite book in the PBS Great American Read—and it had some amazing competition.

To Kill a Mockingbird reaches lawyers and non-lawyers alike. People see themselves in Atticus, or non-conforming Scout.  People recognize the injustice to Boo Radley and Tom Robinson, and the abuse faced by Mayella Ewell.  And, in his book, Mr. Santopietro discusses the historical context of both the book and the film, and the themes they present. He shares stories of the actors, and the production crew of the film, along with the story of (Nelle) Harper Lee, her friendship with Truman Capote (famously represented as Dill in Mockingbird), and how she came to publish her masterpiece.  He also touches on Go Set a Watchman, which though more recently published, was the original draft of Mockingbird.

Mr. Santopietro acknowledges that there are those who find the language of Mockingbird problematic, and it does not appeal to everyone.  Mockingbird is often challenged in classrooms and finds itself on banned books lists due to some of the troubling language. Mr. Santopietro does not shy away from discussing the controversies of Mockingbird, but, he also puts both the book and the movie in their changing historical context.

Surprisingly, it was not until the last 2 chapters that Mr. Santopietro addressed the thesis in his subtitle, i.e. “What Harper Lee’s Book and the Iconic American Film Mean to Us Today.”  In so doing, he points to incidents of the last couple of years where some of the tensions addressed in the book, and that society faced in both the 1930’s and the 1960’s have resurfaced.  In the penultimate chapter, he posits “Theme and Variation: Everything Old is New Again.”

Mr. Santopietro cites the words Gregory Peck had scribbled on his working script:

He concludes that because of these themes, “To Kill a Mockingbird still matters.”

Our next book of interest, is Linda Hirshman’s 2015 Sisters in Law: How Sandra Day O’Connor and Ruth Bader Ginsburg Went to the Supreme Court and Changed the World.

Recently, there have been a number of biographies of both Justice O’Connor and Justice Ginsburg, however, what was fascinating was that Professor Hirshman opted to write about both of them, together.  And, this book comes highly recommended from members of the CBA’s Women Lawyers Interest Group (which incidentally, gathered last year to see the documentary RBG).

This is no mere biography.

Yes, in the first section of the book, Professor Hirshman provides biographical information about both Justices, which was, of course, very interesting.  But, what was even more interesting was the way Professor Hirshman discussed obvious differences between the two Justices—in their ideologies, in their approaches to jurisprudence, and in their backgrounds while also highlighting their similarities, and the ways that they relied on each other.

Because Professor Hirshman included a significant amount of legal analysis of Supreme Court cases and issues of jurisprudence in the book, one of the most striking take aways from Sisters in Law was the careful comradery between the only 2 women on the Supreme Court at that time, and the sisterhood that developed.  Both Justices had significant friendships and respectful collegiality with other Justices, but, there was just something about the Sisterhood of two.

Maybe I should have known this, but, I truly found it fascinating how much they influenced each other—that they often hired each other’s law clerks, and how the individual Justice’s thoughts were sometimes shaped in different decisions by each other, and their mutual respect.

Professor Hirshman does not hide her biases in discussing the Justices, but, the ways that she ties their similarities together helps show how they both, each in her own way, paved the way for future Women on the Supreme Court (WOTSC)

Justice O’Connor appreciated being the First WOTSC, but, did not want to be the last, and Justice Ginsburg famously said that there will be enough women on the Supreme Court when there are 9.  As we all know, there are currently 3.

In 2019, after having 200 different careers since 1959, Barbie has donned judge’s robes as the Mattel Career Doll of the Year.  Who knows, perhaps someone playing with that doll now will fulfill the dream of sitting on the Supreme Court.